In 2000, Natalie Lampard adopted a mutt named Muffy from an RSPCA shelter outside Brisbane, Australia. The pup was a gift for her then eight-year-old daughter, Chloe.

Chloe and Muffy formed an incredible bond, but it was cut short when every pet parent’s worst nightmare came true. Muffy completely vanished after she was dropped off with family friends who were petsitting. Any and all searches failed to provide answers as to the dog’s whereabouts.

Nine years passed. Over time, Natalie and Chloe had given up hope of ever seeing their beloved dog again. They assumed she was dead; after all, Muffy had a microchip. But then, in 2009, Natalie received a phone call from the RSPCA in Melbourne, a city over 1,200 miles away. After she hung up, she immediately rang her daughter, Chloe, and asked her if she was sitting down.

In 2000, a mother named Natalie Lampard adopted a mutt named Muffy from an RSPCA shelter near Brisbane, Australia. The pup was a gift for her then eight-year-old daughter, Chloe.

Chloe and Muffy formed an incredible bond. But one day, Muffy disappeared from a friend’s backyard while her family was away. Days turned into weeks, weeks turned into months, and months turned into years.

After nine years with no sign of Muffy, Chloe gave up hope that her beloved dog was still alive. 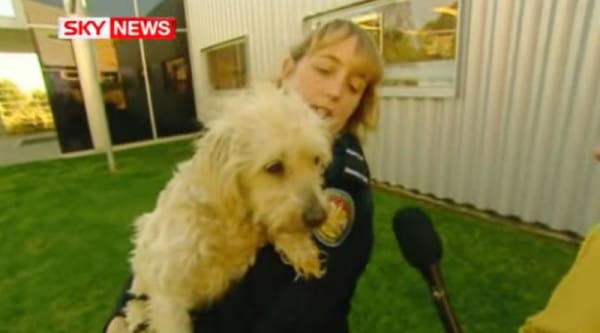 But in 2009, something unbelievable happened.

1,200 miles away from Chloe’s home, the RSPCA team was investigating a possible animal cruelty case in Melbourne when they found a sick, shaggy dog sleeping on cardboard scraps in a homeowner’s yard. This poor animal was starving, malnourished, and suffering from a severe allergic reaction to fleas.

Muffy’s jaw-dropping journey was shrouded in mystery. Where was Muffy for the last eight years? How on earth did she make it all the way to Melbourne, over 1000 miles away?

No one will ever know.

But one thing was for sure: This was definitely Muffy. The microchip in her neck helped track Natalie down. “When the RSPCA described her, I told them her name; I knew immediately it was our Muffy,” she said. 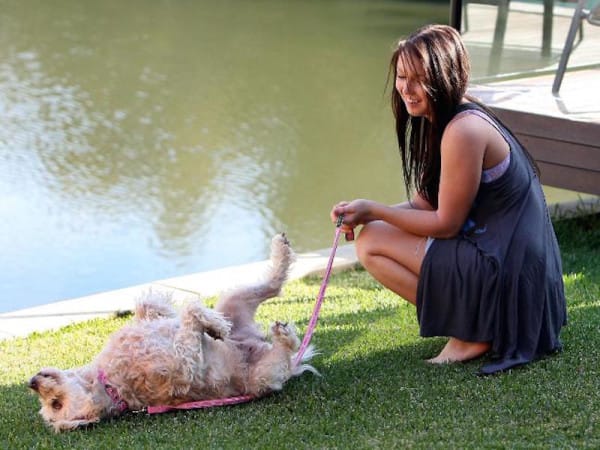 After nine long years, the family was reunited with their miracle dog. Chloe was 17 years old by this point, but it was as if no time had passed between them.